In the footwear industry today, a single breakout silhouette is no longer sufficient to define a brand, as it was decades ago. It is essential that a label offers novelty and, most importantly, an explicit ethos that people can relate to. In order to achieve a lasting legacy and make an impact within the footwear market, shoe designers need to consider more than just trend-driven designs. Here is a look at four footwear vanguards who describe their brands' motivations and offer a deeper look at their creative process. These shoe designers are setting the pace in the industry and upholding their own philosophies at a time when intentionality carries significant weight. It is the future of footwear that we are looking forward to! It is time to familiarize yourself with the new generation of changemakers. 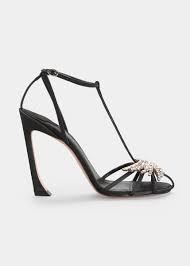 He grew up in Amman and London, and his passion for impeccable craftsmanship, artistry, and all things fashion never left him, regardless of where he was. A graduate of London College of Fashion, he fell in love with footwear design while studying Fashion Design at Istituto Marangoni. The iconic Lady Gaga wore his first pair of high heels that he created early in his journey, and he has since collaborated with her on various projects. He completed a master's degree at the University of Westminster before becoming a senior accessory designer at an English leather accessories brand, where he collaborated with world-renowned Italian artisans to create bespoke designs for international clients. Design and handcraft are the key elements of D'ACCORI's creations. A unique blend of handcrafted artisan shoes with a contemporary edge, whether bold and flamboyant or subtle and understated.

There is nothing mundane about D'ACCORI's designs; they will definitely turn heads. There's no denying D'ACCORI's platform heels are vertiginous. Its designs exude a 'What's up?' attitude ‘Let's dance!’ feeling that perfectly satiates your craving for ultra-sexy post-lockdown partywear — which is what Mo D'Accori intended with his self-titled brand. The shoe designer says D'ACCORI club-going footwear is open to everyone, regardless of star quality.  With his brand, he seeks to empower individuals, getting them down and boogie-ing a bit with the purpose of letting loose. 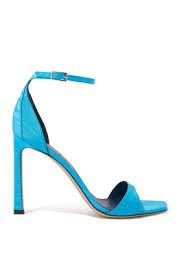 The term "iindaco" is made up of two i's to symbolize a concept that was born out of a special friendship between two women. Two i's representing the month of November, when the brand's two souls, Pamela costantini and Domitilla Rapisardi, were born. Despite their differences, these two women are so attuned to one another. Designed and made in Italy, the Indigo Collection represents a contemporary concept in luxury footwear: that particular shade of blue, that special moment when evening is about to become night. The infamous "blue hour", when shadows disappear as the sun sets. IINDACO is more than just a new Italian footwear brand, it is also a challenge, a new approach to doing business in the fashion industry. A key mission of IIndaco is to innovate luxury through the use of a circular economy model that can become a reference for other companies in the sector, ultimately leading to a more sustainable economy.
The brand was created by two young women with a decade of experience in the fashion industry.   A new capsule collection from IINDACO will be released at Browns in late fall, which the designer promises will be full of sparkles and sultry silhouettes. A good way to describe IINDACO's product offering is that it is fun. The company's designs are influenced by late '90s and early '00s pop culture. A pair of tall boots in cheetah print, metallic pumps in puce, and a pair of flatforms made of wavy moiré from the year 2000. Their friendship started at Roberto Cavalli in 2014, and they later teamed up to launch IINDACO in 2020 with a theme of joy as a guiding principle. They have created a celebratory cocktail offering that invokes those moments when you are both tipsy and exist in a perfect bubble with a dear friend: It's been a while since you last had a drink, and you probably shouldn't have another, but it's still early in the evening, and who knows where it'll lead you. That's IINDACO. Apart from aesthetic differences, the two founders share a passion for eco-friendly lifestyles. 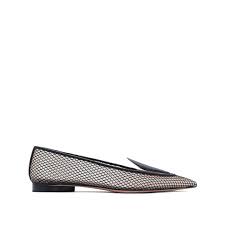 Classic styles are given a modern twist by Yuni Buffa shoes. In 2020, Yuni Buffa, a veteran designer, founded this label in order to realize her vision of how luxury shoes should be made: with integrity of design, fit, and only high-quality materials. All materials used by Yuni Buffa are sourced locally in Tuscany, and each shoe is handcrafted in family-owned factories. It is important to note that every component of production, including the insert for the care card, comes from a local source. To ensure the most comfortable fit, Yuni Buffa works tirelessly to use only top-quality leathers and custom-designed hardware.

Styles are consciously conceived and produced in limited quantities to conserve resources. The brand's signature aesthetic celebrates the beauty of simplicity, inspired by 1990s-era minimalism. Yuni Buffa studied industrial design at the prestigious Rhode Island School of Design where she was influenced by cross-pollination of global design influences. She was born in South Korea and lived in Seoul, Milan, and Vancouver before earning her degree. Following graduation, Yuni applied her unique understanding of form and function to shoe design, a field she longed to pursue. Buffa has joined 1% for the Planet. Every pair of shoes sold by a member organization will benefit organizations that advocate for fair and ethical treatment of artisans and factory workers.

It is difficult to find a more genuine endorsement than that of an off-duty celebrity wearing your work while out and about and simply living their lives. The idea of becoming a shoe designer for the stars was not always in Buffa's plans. As an industrial designer, she studied at Rhode Island School of Design before securing a position at Alexander Wang's accessories department. Buffa's passion for shoes was ignited, she transitioned to Rag and Bone to spearhead their shoe department. It is extremely rare for Buffa to maintain such a steady and traditional design process in this fast-paced industry.
Pferi 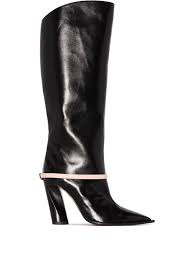 Pferi designs shoes that are cruelty-free and luxurious. A dedicated responsibility to the sustainability of our planet's resources and all of its living creatures is the hallmark of Piferi's 100% vegan pumps, boots, sandals, cutaway mules, and flats. It was founded on the mission of changing the perception of leather-free footwear through the use of outstanding design and excellence in quality. As a result of their unique perspective, we have demonstrated that beautiful luxury shoes can be both environmentally friendy and cruelty-free. Their are forging ahead by using bio-based and recycled earth-conscious materials, which challenge the industry to innovate. They adopt cutting-edge materials and constantly improve our processes. Not only do they create luxury footwear, but they also educate our customers on what they believe is the ultimate luxury: investing in items that align with your values and style.

As an avid supporter of ethical consumption, the London-based creative cut meat from his diet eight years ago. Interestingly, Piferi attributes his approach to luxury shoe design to his early days as a vegetarian. While Piferi has enjoyed early success (Natalie Portman, Tessa Thompson, and Zoe Saldana are all fans of his work), he remains modest in nature. Specifically, he is concerned about the implications of the term eco-conscious. As part of its work with companies in the Italian territory of Parabiago, Piferi provides wood-based textiles that contain 48% GMO-free and non-virgin recycled plastics, resulting in 48% of the material's composition being produced from GMO-free field corn. It is important to note that you do not have to be a vegan fashion connoisseur to shop at the shoe brand.